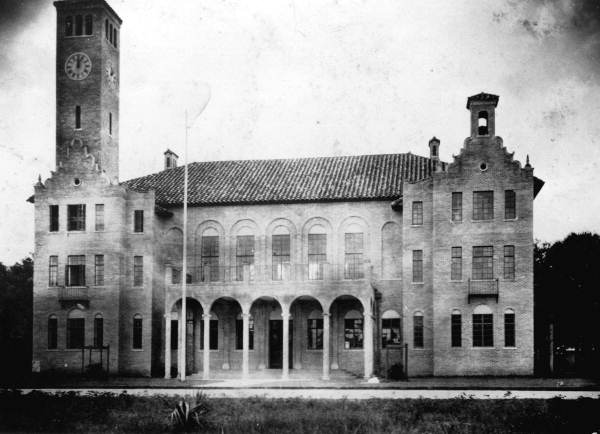 For nearly a century, lynchings were used by white Americans to terrorize and subjugate Black people in the United States. According to a recent study by the Equal Justice Initiative, between 1877 and 1950, white mobs lynched at least 3,959 Black people and in nearly every case, none of the participants were ever brought to justice. The NAACP defines a lynching as, "the public killing of an individual who has not received any due process. These executions were often carried out by lawless mobs, though police officers did participate, under the pretext of justice." White Floridians were some of the worst offenders. The state ranked third in total lynchings of African Americans.

This website documents one of those cases: the lynching of Henry Patterson, a young African American road worker, in LaBelle, Florida.

On May 11, 1926, when dozens of white residents of LaBelle, Florida, lynched of a young African American man named Henry Patterson. Locals at the time believed Patterson assaulted a young white woman named Hattie Crawford. This claim, however, proved to be false.

In the wake of the lynching, local officials took unprecedented steps in the history of Florida to prosecute those responsible. Within a month, the Florida National Guard came to the city, the local prosecutor and coroner interviewed dozens of witnesses as part of the coroner’s inquest, fourteen white men were arrested for murder, and the local judge granted a change of venue for the grand jury trial.

Despite the promising start to the prosecution, everything fell apart during the grand jury trial in November. Witnesses were not called or no longer remembered what they testified to during the coroner’s inquest, the defense attorneys made successful appeals to white solidarity with the grand jurors, and after a three-day trial, the grand jury returned no true bill. Yet, by attempting to prosecute, placing blame on specific individuals, and bringing in the national guard, local and state authorities signaled a change in response to lynchings in the state were indicative of the shift away from extralegal justice and towards due-process.

This site provides you the opportunity to delve into the lynching of Henry Patterson and the subsequent investigations and trials. You’ll find an overview of the primary and secondary sources related to the events, oral histories recorded with locals, and a virtual space for conversation about race, lynching, and American history. You can read letters written by those involved in the prosecution, newspaper reports from around the country about the case, read Henry Patterson death certificate, and read how scholars and researchers have written about or tried to memorialize the lynching.

This site is designed to be a digital repository of resources to assist researchers interested and act as a living memorial to Henry Patterson and those who tried to bring the people responsible for his lynching to justice. Please use the resources available on this site as a jumping off point in your exploration into the case, as an educational resource to better understand the history of LaBelle and Hendry County, Florida, and the U. S. South, and legal history. Perhaps most importantly, this site provides a glimpse into the historical atrocities African Americans faced and the people who pursued myriad strategies to further the cause of racial equality in the United States.